The simulation of SPARX includes the coupling of the global radiative field and local molecular/atomic energy states/excitation. The program requires the input data containing the physical properties such as the distribution of H2 density, kinetic temperature, velocity field, molecular abundance, and dust property
. The outcome of the calculation is the corresponding molecular level populations then their line emission could be synthesized and compared to the format of the real observation. 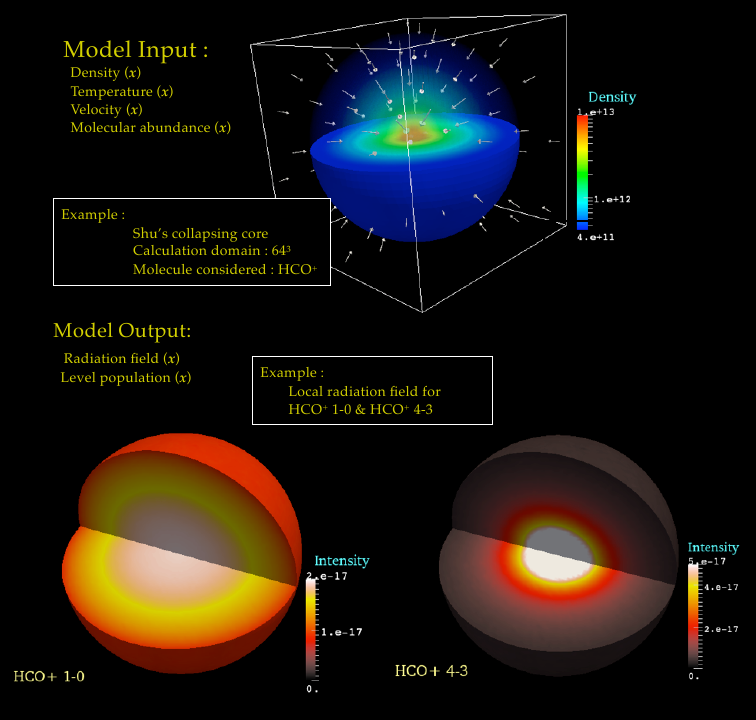 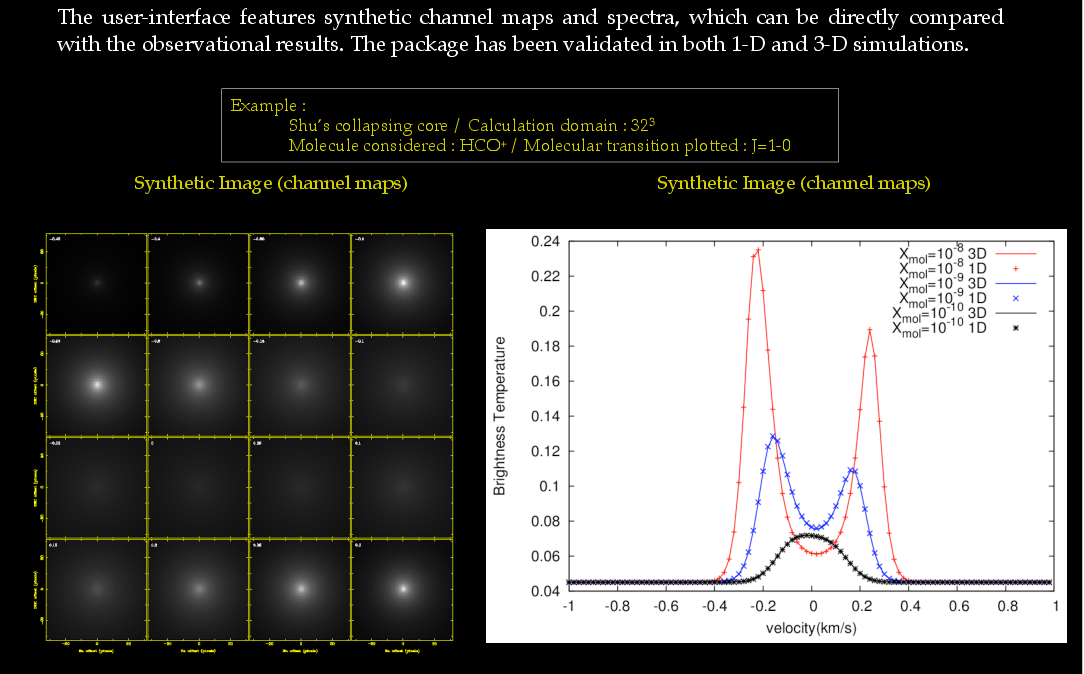 For the radiative modeling, the package solves radiative transfer equation (RTE), of which the differential form is

Where increase of the optical depth dτν = ανds , and the source function Sν = jν / αν
We consider the integral form of RTE for the finite cells, the emission from a homogeneous finite element, in which it has the uniform physical quantities, is

The mean intensity is defined as

The Doppler broadening function is

b is the line width summed by turbulent dispersion and thermal speed.

The equation of statistical equilibrium about the molecular levels considers molecular self-emission, stimulated emission, and the collision with the gas particles. The formulation becomes

, the polarized angle is

Zeeman splitting
When the molecule is magnetized, its spinning orientation is quantized in the direction of the magnetic field and the transition would be split with the discrete frequency by the splitting factor Z. The photon from the splitting transition has opposite spin thus it turns out a fluctuated Stokes V emission.